IMPORTANT NOTE: Due to supplies required for this workshop, space is limited to the first 30 Durham-based participants to register. An email will be sent for on-campus pickup instructions the week of the event.

Materials Needed for this Workshop (provided free to the first 30 registrants): 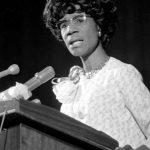 Shirley Chisholm
Unbought and unbossed, U.S Representative Shirley Chisholm shattered the glass ceiling when she became the first Black woman to run for President in 1972. Chisholm didn’t win the nomination but her place in history was cemented. She was posthumously awarded the Presidential Medal of Freedom in 2015. 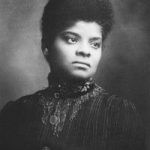 Ida B. Wells
A journalist and an early civil rights activist, Wells documented lynching in the United States and published a pamphlet called Southern Horrors: Lynch Law in All Its Phases. She is also one of the founders of the National Association for the Advancement of Colored People. (NAACP) 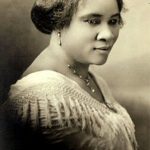 Madame CJ Walker
The first Black woman millionaire in the early 1900s after creating a line of beauty and hair products for Black women. Madam Walker was a pioneer in the Black hair care industry. Besides becoming one of the most successful Black business owners of her time, she was also an activist who championed the rights of African-Americans. 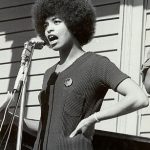 Angela Davis
A revolutionary American educator. A former member of the Black Panther Party, Angela Davis has fought for race, class and gender equality for several decades. She authored one of the most distinguished books in the field of women’s studies,  Women, Race & Class, and is advocate of prison reform. 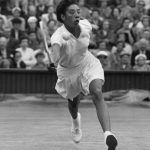 Althea Gibson
The first African American to participate in international tennis competitions and the winner of five Wimbledon titles. She won her first Grand Slam event in 1956, she was the first person of color to do so, and would eventually go on to win 11 major titles. In 1957 and 1958 she won both Wimbledon and the U.S. Nationals. She was also the first African American woman to join the Ladies Professional Golf Association tour. In 1971, Gibson was inducted into the International Tennis Hall of Fame and in 1980, was among the first women inducted into the International Women’s Sports Hall of Fame. 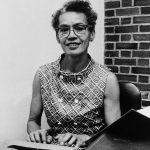 Pauli Murray
Reverend Dr. Pauli Murray was an American civil rights advocate, feminist, lawyer and ordained priest. She is best known for furthering the civil rights and feminist causes. She is the co-founder of NOW, the National Organization for Women and was the first woman to be awarded a J.D.S degree from Yale. Born in Baltimore, Maryland, Pauli Murray lost her parents at a young age and was raised by relatives in Durham, North Carolina.

Candy Carver is a North Carolina native who spent her formative years in Indiana, where she developed her abstract creativity. Her artwork is inspired by her personal journey to experience and share positive and encouraging emotions. She attributes much of her inspiration to her own love for excitement, color and beauty found in the human form.

Carver’s paintings are often filled with movement, sensual, brightly colored, heavily patterned images. They tell stories of those she interacts with as well as lessons learned within her own life. Her goal is for the viewer to be engulfed by the tangibility of strength, power, boldness and resilience of her art. She wants the viewer to leave feeling “full” of whatever they lack. Candy’s work is for those who need to feel energized and emboldened to press forward. Her work is for everyone!

This workshop will meet online via Zoom. See link at top of page.