Behind the Scenes with Sean “Diddy” Combs’ REVOLT BLACK NEWS

Taught by Detavio Samuels '02
Sign Up for Zoom Link Here 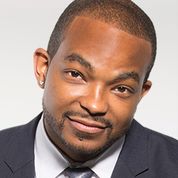 Devtavio Samuels
At the age of 39, Detavio is one of corporate America’s youngest executives and has helped some of the world’s biggest companies (including Walmart, McDonalds, AT&T, Chrysler LLC, NBA and Johnson & Johnson) build their brands and connect to consumers.

Currently, Detavio works at REVOLT Media & TV, the nation’s leading creator & distributor of Hip Hop content. Founded by Sean “Diddy” Combs, REVOLT uses the biggest driver of global culture—Hip Hop—and a multiplatform ecosystem (TV, digital, social and live events) to help Millennials and Gen Z understand the world around them and impact change. There, he operates as the Chief Operating Officer where he oversees all aspects of programming and content including original development, content acquisitions, physical production and post-production, as well responsibility for video content and strategy for REVOLT’s digital platforms. In addition, Detavio also oversees insights, creative, consumer marketing, and PR. 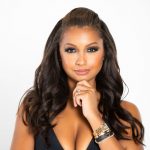 She made her literary debut with ‘Pretty Powerful: Appearance, Substance & Success’ in September 2017. ESSENCE Magazine named Williams one of its ‘Woke 100’ in the April 2018 anniversary edition. Eboni was also recognized as one of BlogHer’s ‘Voices of the Year’. She has become a regular guest on the nationally syndicated radio show ‘The Breakfast Club’, breaking down controversial issues such as judicial discretion. Eboni started her on-air career as a talk radio host for Los Angeles’ KFI AM640, sharpening her broadcast skills, while sharing expertly analyzed views on various culturally relevant topics.

Eboni was accepted to and enrolled in The University of North Carolina at Chapel Hill at the age of 16, where she received her Bachelor of Arts degree. She began her professional experience in Louisiana in the wake of Hurricane Katrina. As a law student, Eboni clerked for the Louisiana Secretary of State and the Louisiana Attorney General’s Office. She also worked for various politicians, including New Orleans City Council Members, supporting efforts to rebuild the city of New Orleans.

Eboni received her B.A. in Communications and African-American Studies from the University of North Carolina at Chapel Hill, and a J.D. from Loyola University New Orleans College of Law. She went on to specialize in family law and civil litigation, providing legal consult on high-profile divorce, spousal support, and child custody cases. Eboni then transitioned into practicing as a public defender, as well as a private defense lawyer in North Carolina and throughout the Greater Los Angeles area. She has represented clients in criminal matters including murders, rapes, high volume drug cases, sex crimes, and federal offenses.

Eboni has moderated conversations for former First Lady Laura Bush, Black Enterprise, and ESSENCE Festival. She is a proud and active member of Alpha Kappa Alpha Sorority, Inc. She also serves on the Board of Directors for Safe Horizon, which is the nation’s leading victims assistance organization. 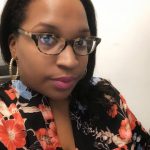 Upon graduating from University of Maryland, Cherisse began working in film and television as a production associate, all the while developing television workflows and budgets for her industry peers and network counterparts. During this time her mastery of multi-format content management began to earn her a seat at the table with network executives who were eager to assign her as a lead on various difficult productions.

At the end of 2013, Cherisse left BET Networks to pursue a production manager role with Sean Combs’ then startup REVOLT TV. Her first project was an Affiliate Marketing content & event hybrid around Superbowl XLVIII in NYC; the event received rave reviews from network partners Time Warner and earned her a permanent spot on the REVOLT production management team. It was also in 2014 that Cherisse oversaw the launch of the daily live television broadcast of critically acclaimed radio show, The Breakfast Club. Since then, Cherisse has been promoted to her current expanded role, Head of Production. In this role she is responsible for managing the network’s full programming budget; as well as overseeing the creative, development, and execution of all network long form, short form, and digital content. 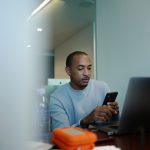 This workshop will meet online via Zoom. You’ll need a special link to join the workshop—follow the registration link at the top of page to get it.

DukeCreate & DEMAN are partnering to offer a new summer Zoom series teaching creative career skills. Tune into each episode to hear alumni working in creative industries share deep dives on their projects, give behind-the-scenes insight, and answer your questions. DEMAN Live meets DukeCreate, free on Zoom, open to everyone — but designed especially to support Dukies learn new skills and expand career opportunities during this challenging and stressful time. Checkout upcoming episodes on DukeCreate Workshops, and watch videos of previous episodes on the DEMAN Lounge via arts.duke.edu/DEMAN-Live