In advance of his Duke Performances livestream concert on Wed, Apr 15, we asked Jake Xerxes Fussell to reflect on how the coronavirus crisis has impacted his work, and what he is finding reassuring.

We know artists are deeply impacted by COVID-19, both in their artistic career and in side gigs in other industries dependent on social interaction. Can you give us some insight into what has changed for you?

Like many of my musician friends and associates in the field of live music, I’ve lost at least a season’s worth of work, maybe more. I was set to have a pretty active spring playing a few festivals in the southeast and New England, some California dates, and a European tour. All have been canceled or postponed. What’s strangely reassuring on some level is that a lot of us are in the same boat and just taking it a day at a time. Although I’ve lost a lot of work and I’m physically isolated, I know I’m not alone. Of course it feels odd to not play shows and to not be in funny spaces filled with lots of people, but the reasons for that are obvious and simple…and good! Doing my little bit to help flatten the curve is the main priority for me these days.

Has your artistic practice been affected?

That part has been sort of funny. I think initially when we all realized we’d be out of work for a while, many of us music people scrambled around and did what we could to create something and put it out there, because to not do that felt odd when we knew we were “supposed” to be playing music somewhere. People were recording things, posting live videos, releasing previously unissued recordings, drumming up long distance collaborations, etc. Oddly enough, I think musicians like to work as it turns out. That’s still going on a good bit as you can see on the various platforms but I think the urgency of it has also cooled off a little overall, or at least for me it has.

My own creative process has always been so sporadic and in fits and starts anyway. I’m sort of consistently always working on something and never really working on anything at the same time. Of course I spend a lot of time listening to archival recordings that might become source material for me and I’m constantly thinking of ways to interpret or present that material but it happens in a willy-nilly, slow-motion experimentation kind of way. I don’t always have a clear end goal in mind with whatever I’m doing but one day you sit down and play something and it just sort of sticks. Anyway, I have been messing around with my old Sony TC-D5 cassette recorder, so that’s been fun, but Lord knows if it will ever amount to anything.

Is there a relief fund or other support response close to your creative and/or local community you would like to share with us?

In addition to the Durham Arts Council’s Arts Recovery Fund and NorthStar Church of the Arts’ Durham Artist Relief Fund, I strongly encourage a donation to the NC Women’s Prison Book Project if you can swing it. Here’s the donation page of their website, where you can read about the work that they do.

Do you have any words of hope, or artistic work you’ve found comfort in, that you’d like to share?

I’ve been enjoying going through the entire discographies of Abdullah Ibrahim and familiarizing myself with all the albums of the Quebecois group La Bottine Souriante. I like the British nature documentaries of Stephen de Vere. Also I’ve been enjoying the arrival of the hummingbirds. All of these things are bringing me some joy in a rather bizarre time. Otherwise, just hang in there and do your part if you can! Let’s flatten that curve!

The artist relief funds established by North Star Church of the Arts and the Durham Arts Council, as well as any additional funds nominated by the artist performing, are not affiliated with Duke University. Thank you for supporting local artists!

Browse or contribute to the "Art and Artists are Essential" collection and sign up to stay in touch with the arts across Duke from home. 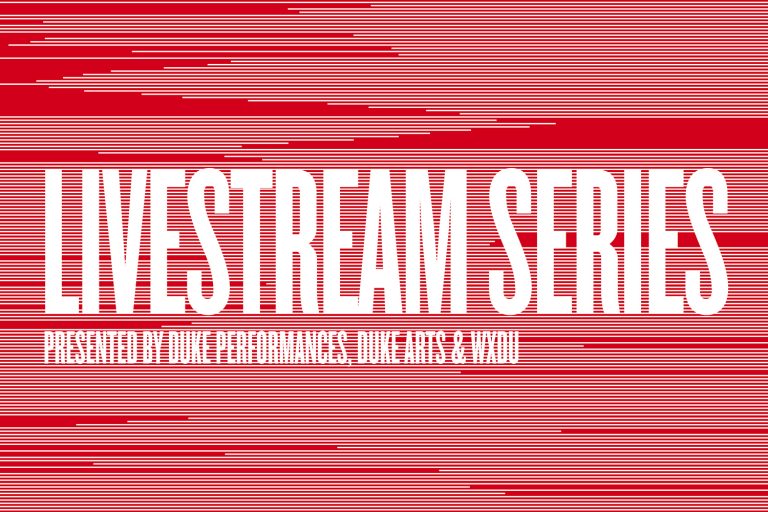 In Support of Artists

William Tyler: “A Good Reminder in Patience and Acceptance”

In advance of his Duke Performances livestream concert this Wednesday, we asked guitarist and composer William Tyler to reflect on how the coronavirus crisis has impacted his work, and what he is finding reassuring.