Wondering which movies you should watch during winter break? Junior Brandon Xie has compiled a list of “The 500 Greatest Movies of All Time” using statistics from 23 different movie websites.

Over the last few months, junior Brandon Xie compiled a list of “The 500 Greatest Movies of All Time” based on statistics from 23 different movie websites. Originally devised as a way to pass time during the COVID-19 pandemic, the list has become a passion project for Xie.

Xie is a Computer Science and Economics double major and Cinematic Arts minor from Jericho, New York. Recently, he began working at The Doherty Company (a film and television production company founded by Duke alum John Doherty, ‘07) as a development intern. After Duke, Xie hopes to pursue a career as a director and actor to boost Asian American representation in the entertainment industry. 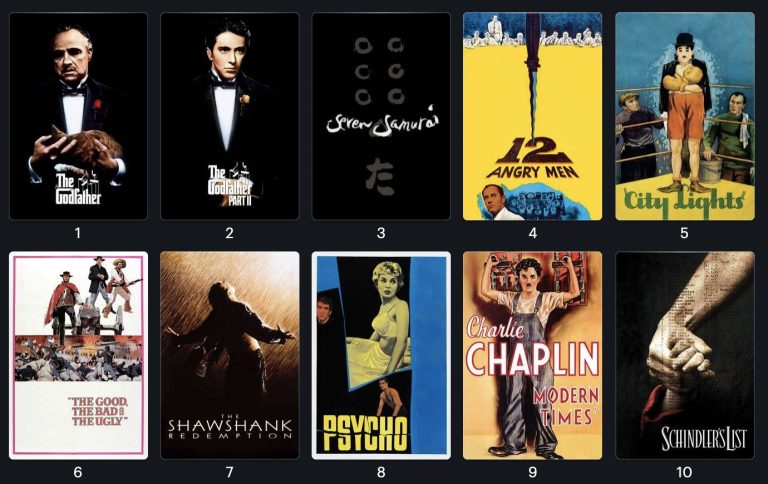 “The 500 Greatest Movies of All Time”

How did this project come about? Have you always been interested in film?

This project started when I was a senior in high school. Back then, I was nowhere near as big of a film fan as I am now. The only movies I saw were the big modern blockbusters—Marvel movies, Inception, The Pirates of the Caribbean series, stuff like that. I’ve always been interested in numbers and all-time lists, so I began to wonder: Of the movies that I’ve seen, which are ranked as the best?

I set about collecting data from all the main movie websites, like Rotten Tomatoes and IMDb. As I got more and more involved with the project, I expanded the collection beyond the movies I watched to classic and internationally acclaimed ones. I included more sources of data—niche and obscure sources like Letterboxd, international websites like Filmaffinity and KinoPoisk, and well-known lists like Sight & Sound’s Critics’ and Directors’ Top 100.

I released my first film ranking in April of this year, which was a “Top 250 Movies” list. With its success, in August, I expanded it with ten more websites to make a “Greatest 500 Movies” list. Over the next few months, I hope to finish with a “Greatest 1001 Movies” list, my version of the book 1001 Movies You Must See Before You Die.

One of the main reasons why I decided to start this project is because I saw how much impact an all-time list, or a list from a well-known public figure has on the general population. For example, former President Obama releases a list of his favorite movies every year. I wanted to use that influence to introduce more international, arthouse, and older movies to a greater audience.

"I wanted to use that influence to introduce more international, arthouse, and older movies to a greater audience."

Walk me through the algorithm that decides a movie’s ranking. How did you come up with it and how does it work?

In the beginning, the rankings were based on a simple average of the scores from the websites I used. But after I published my first ranking, a lot of people were saying that each website’s scores should be weighted differently according to the number of visitors, the number of votes, etc. So I incorporated that feedback into my weighting—websites with the most votes like Rotten Tomatoes and IMDb would get a weighting of 1, while sites with less votes like Metacritic could have weightings of 0.5 or 0.6.

I’m thinking of changing the weighting again before I release my next list. The biggest point that I want to take into account is the importance of different numbers of votes on the same website—for example, The Dark Knight has over 2 million votes on IMDb, but something like Yojimbo probably only has 100,000 or so votes. You can’t really count those ratings the same.

After I release the 1001 movies list, I hope to launch my own website or some kind of independent resource that people can visit to view the list and get recommendations.

Was there anything that really surprised you about the “500 Greatest Movies of All Time” list, once you had compiled it?

In the end, the distribution of the decades in which the films were released was actually pretty even. A lot of critics’ lists include mostly older movies from before the 1980s and 1990s. I don’t think they value modern movies as much, so I feel like including audience ratings as well as critics’ opinions balances that out a bit.

I also expected contemporary directors, like Christopher Nolan and Martin Scorsese, to be widely regarded as the best and have the highest number of movies in the list. But as I did more research, I recognized that older directors like Alfred Hitchcock and Billy Wilder, as well as international ones like Akira Kurosawa and Ingmar Bergman, command an even higher respect and influence on modern films. Kurosawa alone has 12 films in the top 500.

Out of curiosity, what percentage of the “Top 500 Movies” list have you seen?

You know, I’ve actually been working my way through them. I’ve seen 52% of the top 100 and 27% of the entire 500. Over the last few months of quarantine, I’ve watched 150 movies or so which has boosted my average quite a bit, but it’s still nowhere near complete. It’ll take me at least another 5 years to finish.

Nina Wilder is a 2020 Duke English graduate from Raleigh, N.C. and this year’s arts administration fellow at Duke Arts. As a student, Nina was the editor of The Chronicle’s arts & culture section, Recess. 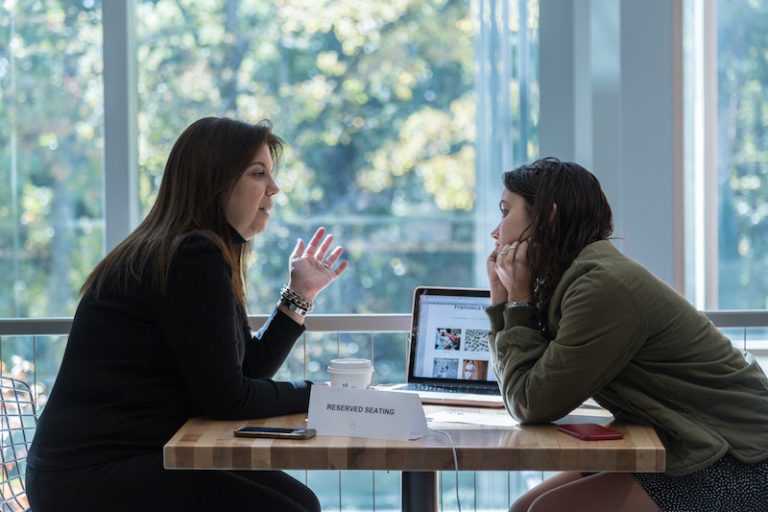 Do you want to turn your creativity into a career? Head to the DEMAN Lounge, your guide for navigating creative industries. Here you'll find career resources such as resumes, cover letters, portfolios, and Q&As with alumni.

pull up a chair